When the QS World University Rankings of 2020 was released, up to 26 of Canada’s universities made the list. Yes, 26! This shows you that the level of higher education in Canada is very high.

Apart from the QS World University Rankings, the Times Higher Education’s World University rankings at www.timeshighereducation.com, had 30 of Canada’s universities in the list. All these go on to buttress the fact that, Canada is a good place to gain world class education. 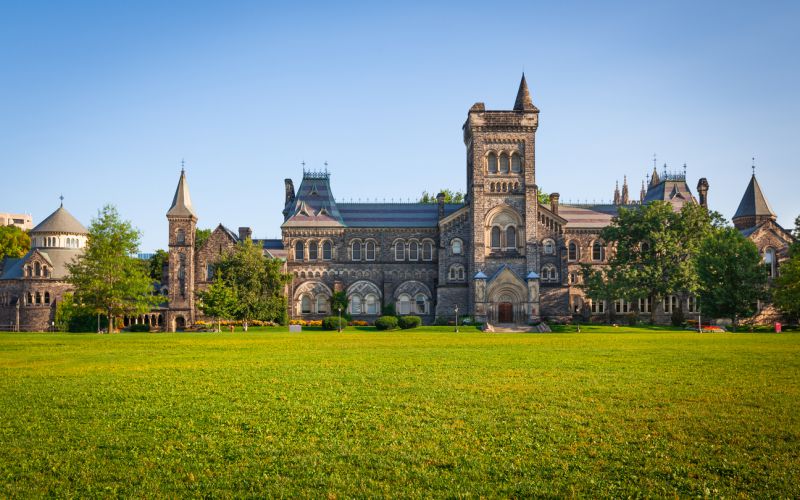 Also, what makes Canada really attractive to students from the world over, is the cheap study options available. Canada’s education can stand side by side with that of the USA, but it is much more cheaper to study in Canada. So, what’s not to love?

Most Ranked Higher Institution In Canada

But our list will only have universities in it because they are the highest in rank. And we will be using the THE ranking mainly in this article.

The university has up to 700 study programs/degrees available for Undergraduate students and up to 200 postgraduate degrees up for grabs.

Up to five of Canada’s prime ministers are alumni of this great higher institution and the university is proud to have been affiliated with up to 10 Nobel Laureates. Visit the university’s website at www.utoronto.ca to see more of what the university offers.

UBC as the university is commonly referred to, was founded in the year 1908 and it has two main campuses located in Vancouver and Kelowna. Sine the university’s establishment, it has gone on to be one of the best universities in Canada. It is a public university.

The university has produced up to 12 Nobel Laureates amongst its alumni and up to 145 Rhodes scholars. The university has also produced a lot of billionaires. Sir Ernest Rutherford who discovered the atomic nucleus was a professor of Experimental Physics at McGill University.

Some other McGill Alumni have invented a web search engine, first artificial cell and so on. Kindly visit the college website at www.mcgill.ca for more details about this institution.

This university ranks 4th according to the THE ranking of 2020. It is a public research university that was established in 1887 and the university has had up to 27,000 undergraduates and 4,000 postgraduate students. This university has produced Rhodes scholars, Nobel Laureates and business leaders as well.

The university has notable alumni like business leaders, and leading academics. The main campus is located in Mount Royal in Canada. You can visit the university’s website at www.umontreal.ca for more information.

So, those are the top and most ranked higher institutions in Canada given above. We hope you enjoyed the list.

Back to Top
Close